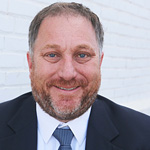 Nebraska held its first spring practice in 11 days on Tuesday morning. It was the first practice the Huskers had since returning from spring break. Head coach Scott Frost described spring practice No. 2 as “good, but not as good as day one.” “Little sloppier,” Frost said. “Sometimes, you kind of expect that after spring…… END_OF_DOCUMENT_TOKEN_TO_BE_REPLACED

The Los Angeles Rams have agreed to a one-year, $14 million contract with defensive tackle and former Husker Ndamukong Suh. That’ll put Suh on the defensive front alongside fellow pro-bowler and DT Aaron Donald, who was NFL Defensive Player of the Year in 2017. Suh spent the last three seasons with Miami and was released…… END_OF_DOCUMENT_TOKEN_TO_BE_REPLACED

Inspectors investigating Early Morning Structure Fire; One In Custody After Being Saved From Blaze

Inspectors are working to determine a cause for an early morning structure fire on 22nd and Dudley at a building owned by the Lincoln Lumber Company. Police responded to calls of a blaze around 5:30 A.M. and reported smoke and fire visible from the outside. LFR crews heard calls for help and rescued 25-year-old Perla…… END_OF_DOCUMENT_TOKEN_TO_BE_REPLACED

Hundreds Descend on Capitol Building for March For Our Lives Protest

Hundreds of protesters marched on the Capitol Building Saturday afternoon to protest for stricter gun-laws, mirroring marches that took place across the world. Speakers included L.P.S. students, who sought to make it known to elected officials in the state that at least a few students were ready to take charge of the issue of gun…… END_OF_DOCUMENT_TOKEN_TO_BE_REPLACED

Lincoln Police report a 62-year-old man committed suicide after a standoff that forced the closure of nearby roads for hours Saturday evening. Police Chief Jeff Bliemeister says approximately 40 officers were present at the home on the 4000 block of Gertie Ave. after what was initially a domestic abuse dispute devolved into something more serious.…… END_OF_DOCUMENT_TOKEN_TO_BE_REPLACED