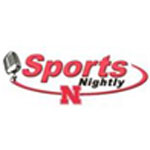 Listen to “The Voice of the Huskers”, Greg Sharpe, weekday evenings from 6-9pm for Sports Nightly on 1400 KLIN.

Sports Nightly is the Nebraska’s most-listened-to sports talk show, featuring the athletic programs at the University of Nebraska, including all of the coaches’ call-in shows during their seasons, as well as visits with Athletic Director Bill Moos.

Greg Sharpe has been “The Voice of the Huskers” since 2008. Prior to that, he was at Kansas State. Greg and his wife Amy have three daughters and reside in Lincoln

Will Honas the latest Blackshirt to announce return