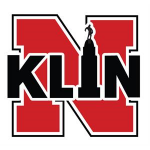 All of the latest Husker news courtesy of Lincoln’s Husker radio! Comprehensive coverage of Nebraska football, basketball, baseball and more from KLIN!

Less than a week after setting the school record for points in a home game, and nearly taking the single-game scoring record itself, Teddy Allen is no longer a Husker. Allen and coach Fred Hoiberg made the announcement in a release Monday morning. “I would like to thank Coach Hoiberg and his coaching staff for…… END_OF_DOCUMENT_TOKEN_TO_BE_REPLACED

Nebraska softball coach Rhonda Revelle stands alone. No other Husker coach has won 1,000 games at Nebraska, a feat Revelle achieved in a 7-1 win over Michigan State Saturday. Revelle, a member of the National Fastpitch Coaches Association Hall of Fame and the Nebraska Softball Hall of Fame, began her career at Nebraska as a player. She…… END_OF_DOCUMENT_TOKEN_TO_BE_REPLACED

Only 13 days. That’s the length of time between Big Ten wins for Nebraska (6-17, 2-14 Big Ten). The previous drought was 342 days. Officially Senior Night, Thorir Thorbjarnarson, Kobe Webster, and Derrick Walker were all honored before the 78-74 win over Minnesota (13-12, 6-12 Big Ten). All three are eligible to return for an…… END_OF_DOCUMENT_TOKEN_TO_BE_REPLACED

Less than an hour before tip Saturday, the Nebraska-Michigan State women’s basketball game was called off “based on the advice from institutional medical staffs.” “Obviously, we are disappointed that we were not able to play our final home game of the season at Pinnacle Bank Arena today. All of our players and coaches were excited…… END_OF_DOCUMENT_TOKEN_TO_BE_REPLACED

Nebraska no match for No. 5 Illinois

No luck in the rematch for the Huskers. Nebraska (5-17, 1-14 Big Ten) committed 17 turnovers in the 86-70 loss to No. 5 Illinois (17-6, 13-4). Those turnovers led to 16 Illini fastbreak points. Illinois was without National Player of the Year candidate Ayo Dosunmu, who suffered a broken nose earlier in the week. Dosunmu…… END_OF_DOCUMENT_TOKEN_TO_BE_REPLACED 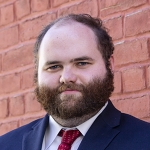 Tim Curran was raised in Omaha, Nebraska before moving to Lincoln while obtaining his BA in Journalism at the University of Nebraska-Lincoln. While he was a student at UNL, Tim was a producer at the Husker Sports Network, from the age of 18 up until he graduated in May of 2018.

A few months later, Tim landed the position of sports director at KLIN, a position he’s held since August of 2018. Tim does the sportscasts for LNK Today with Jack & Friends and Drive Time Lincoln. He also covers the Huskers daily. Whether it’s football, volleyball, basketball, or baseball; Tim strides to provide timely and relevant sports coverage to the Lincoln area.

In his free time, Tim enjoys going to the movies, reading, and jogging. 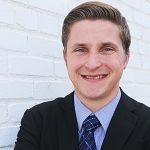 Tommy Rezac came on board as KLIN Sports Director since July 2017. Tommy is a recent graduate of the University of Nebraska-Lincoln, earning his degree in broadcast journalism on May 6, 2017.

Tommy covers the Huskers and local sports on KLIN. You can hear his on daily sportscasts, practice reports, press conferences on KLIN. Tommy also writes numerous articles and features for KLIN.com. You can follow him on Twitter @Tommy_KLIN.