Lincoln Police saw a vehicle near North 27th and Cornhusker Highway on Tuesday, April 6th around 5:50 p.m. and noticed it failed to signal and was crossing lanes.  The vehicle stopped in the Walmart parking lot and officers saw a man get  inside.

Police talked to two men inside the vehicle.  32 year old Robert Kotschwar told officers there were narcotics in the vehicle and brass knuckles.  Officers conducted a search and found 42 grams of a substance that tested positive for methamphetamine that was divided into several baggies.  They also found a digital scale, $64 in cash, 9 Alprazolam pills and a set of brass knuckles. 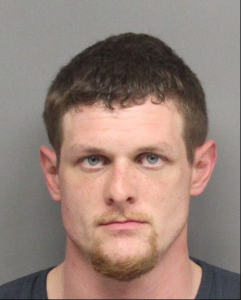 Officers then spoke with the man who got inside the vehicle who gave them a fake name.  Officers then used their AFIS fingerprint identification system and learned he was 26 year old Jacob Jones.  More than 2 grams of suspected methamphetamine was found on Jones.  He then told officers he had been dropped off in the parking lot by 28 year old Mariah Swanson who had drug paraphernalia in her vehicle. 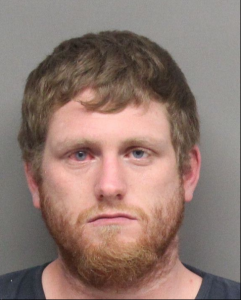 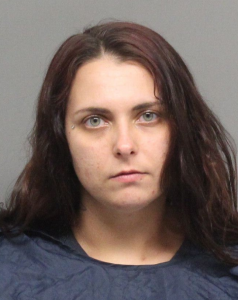 Officers contacted Swanson, who was inside her vehicle in the parking lot.  They found a glass pipe containing suspected methamphetamine residue.

Jones was booked for felony possession of a controlled substance and felony criminal impersonation.

Swanson was booked for felony possession of a controlled substance.