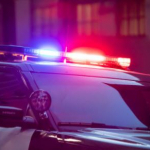 A playground fight ended with one boy in a hospital and both facing assault charges.

Police were called to a basketball court near 1st and West Belmont around 5 p.m. Tuesday, April 6th.  Officers spoke to witnesses who said a fight followed an argument between an 11 year old and 14 year old.

The 14 year old was treated at a hospital for the cut to the arm and he needed multiple stitches.  The 11 year old had facial injuries.