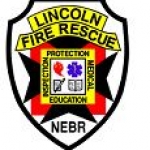 A carelessly discarded cigarette is being blamed for a two alarm fire at an apartment building near 61st and Vine early Tuesday morning. LFR’s Nancy Christ says the fire started on a second floor balcony around 5 a.m. and spread into the apartment unit.

There was heavy fire damage to the unit where the fire started.  The building was evacuated and no one was hurt.    There is smoke and water damage to eight other apartment units and the residents living there have been displaced.  Damage is estimated at $100-thousand