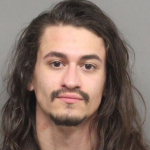 Lincoln Police have arrested a man in connection with stabbing on Saturday.  Around 12:45 a.m. LPD officers responded to the area near North 16th Street and Q Street on a report of a stabbing.  When they arrived officers contacted a 23-year-old man who had suffered two stab wounds to his abdomen and another stab wound to his left side.

Investigators processed the scene for digital and forensic evidence, and they conducted interviews with the victim and witnesses.  Initially, the unidentified victim was in critical condition, but police say his status has been upgraded to stable.

Based on the evidence, investigators identified, located, and interviewed 23 year old Ali Alder.  He was then cited and booked  for 2nd Degree Assault.  No other details about the stabbing have been released.