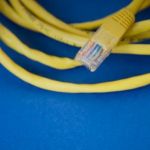 Attorney General Doug Peterson today joined 30 attorneys general on a letter urging the Federal Communications Commission to fund internet connectivity and internet-enabled devices to K-12 students whose schools are closed as a result of the COVID-19 pandemic and who are learning online at home or other locations.

This month, the FCC asked for comment on petitions urging the commission to temporarily waive some restrictions on its E-Rate program to allow schools to extend their broadband internet networks to students’ homes and to allow E-Rate funds to support Wi-Fi hotspots or other broadband connections for students who lack adequate internet connectivity to participate in remote schooling.

“In Nebraska, we have unique challenges with adequate broad band coverage, particularly for school students in rural Nebraska who may need to access the classroom through their internet capabilities,” stated Attorney General Peterson. “Hopefully, the FCC can help alleviate these limitations as the consider new rules and regulations.”

At least 55 million K-12 students in the U.S. have, at one time or another, been forced to rely on online learning when their classrooms were closed. When schools are closed, the living room, bedroom, or basement becomes the classroom and deserves the same E-Rate support.

School districts stand ready to use E-Rate funded services to rapidly connect their students to high-speed internet. In a recent survey of more than 2,000 E-Rate program participants, 93% reported that they would use E-Rate funds to connect students at home for virtual schooling, if allowed by the FCC.