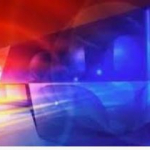 The fist was round 6 p.m. in the 3300 block of Portia.  The officer searched the area and did not initially find victims or damage.  Officers then contacted a man in a parking lot who had located several spent shell casings.  The man indicated he had been told by a friend that a shooting had occurred outside his residence.  Officers have not located any damage or victims at this time.

At 8 p.m., officers were called to 19th and Prospect on a report of gunshots.  Officers spoke with a caller who reported hearing gunshots and a vehicle leaving the area.  Officers found no damage or victims but did find one round of ammunition in the roadway.  Officers searched the area and processed the scene.

LPD is requesting video from neighbors in both areas.  These are ongoing investigations and anyone with information is encouraged to call Lincoln Police at 402-441-6000 or Crime Stoppers at 402-475-3600.