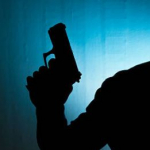 The Lancaster County Sheriff’s Office identified the two suspects shot following a robbery, pursuit and shootout with LPD and NSP on Saturday.

The woman driving the vehicle,who was hit by gunfire and died at a hospital, is 30 year old Hailey Stainbrook of Casper, Wyoming.  She had an outstanding arrest warrant out of Virginia for narcotics.

The male passenger is identified as 26 year old Christian Alexander of Evansville, Wyoming.  He remains hospitalized in extremely critical condition.

Investigators say the 2005 Chevrolet Trailblazer that Stainbrook and Alexander were in had been stolen from a hotel parking lot in Cheyanne, Wyoming.  The owner had reported there was a 38 caliber revolver inside the vehicle when it was taken.

Two weapons were recovered following the pursuit, a semi-automatic pistol and a revolver.

Investigators continue to review officer body camera and other video from the incident.   The officers and troopers involved have not yet been identified.

Law enforcement officers from the Nebraska State Patrol (NSP)and the Lincoln Police Department (LPD) were involved in trying to apprehend 2 suspects following a robbery this morning in North Lincoln.  LPD and NSP have turned to the Lancaster County Sheriff’s Office (LSO) to be the lead agency in the ongoing investigation.

According to Lancaster County Sheriff Terry Wagner a man was robbed in a North Lincoln motel parking lot shortly after 8:30 am.  While LPD was investigating a trooper with the Nebraska State Patrol spotted a vehicle described as being involved with the robbery at a North Lincoln convenience store.

The suspects fled the scene just West of Cornhusker Highway on Superior and a chase ensued in which the officer was fired upon by the man.

Eventually the trooper was able to do a tactical maneuver and the troopers vehicle and suspect vehicle crashed near North 56th Street (Highway 77) and Arbor Road.  A Lincoln Police officer arrived to assist and shots were fired by the man with officers returning fire.  When the woman pointed a gun at officers and refused commands to drop the gun, she was shot.

The woman later died at a local hospital and an autopsy is scheduled while the man is in critical condition with life-threatening injuries.

No identities have been made available,

1 LPD Officer is on paid administrative leave as is standard procedure in an officer involved shooting.  2 NSP Troopers were also involved and the Sheriff’s office and LSO are reviewing details.

One NSP Trooper was injured during the traffic crash and has since been scene and released from the hospital.