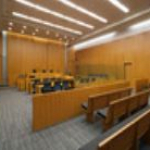 An Omaha women who owned daycares in Lincoln and Omaha was sentenced in federal court for theft of government property.  41 year old  Mubanga Chongo-Ofafa of Omaha was sentenced to 3 years of probation with special conditions and ordered to pay $15,000 in restitution.   The Little Blessings locations were also ordered to pay restitution in the amount of $158,099.84.
Chongo-Ofafa owned two childcare centers called Little Blessings Omaha and Little Blessings Lincoln.  Both locations had contracts with the State of Nebraska to receive reimbursement payments through the U.S. Department of Health and Human Services Child Care Development Fund Program for childcare expenses for eligible children pursuant to the rules and regulations of the United States and the State of Nebraska.  Both Little Blessings locations were licensed by the State of Nebraska.
From December 2015, to December, 2016, Chongo-Ofafa knowingly stole and converted property of the United States, through DHHS, by intentionally submitting and causing to submit false claims in excess of $157,000.  The submissions reported materially false information which inflated the number of children and the hours the children attended the centers in order to receive payments from the United States and the DHHS through the Child Care and Development Block Grant Program.
This case was investigated by the Department of Health and Human Services, Office of Inspector General, the Internal Revenue Service Criminal Investigations Division, and the Department of Homeland Security Investigations.