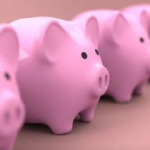 For the fourth time in the past five months, the Creighton University Rural Mainstreet Index (RMI) climbed above growth neutral. According to the monthly survey of bank CEOs in rural areas of a 10-state region dependent on agriculture and/or energy, the index increased to its highest level since January 2020.

The overall index for February rose to 53.8 from January’s 52.0. The index ranges between 0 and 100 with a reading of 50.0 representing growth neutral.

Farming and ranching: For a fifth straight month, the farmland price index advanced above growth neutral. The February reading climbed to 60.0, its highest level since May 2013, and up from 56.3 in January. This is first time since 2013 that Creighton’s survey has recorded five straight months of above growth-neutral farmland prices.

The February farm equipment-sales index rose to 62.7, its highest reading since February 2013, and up from 54.5 in January. After 86 straight months of readings below growth neutral, farm equipment bounced into growth territory for the last three months.

Banking: Bankers once again reported anemic loan volumes. The February loan volume index increased to a weak 46.1 from January’s 33.9. The checking-deposit index soared to record high 88.5 from January’s 88.0, while the index for certificates of deposit, and other savings instruments increased to 46.2 from 46.0 in January.

Hiring: The new hiring index climbed to 51.9 from January’s 46.0. Data from the U.S. Bureau of Labor Statistics indicate that nonfarm employment levels for the Rural Mainstreet economy are down by 146,000 (nonseasonally adjusted), or 3.3%, compared to pre-COVID-19 levels, and down by 236,000, or 5.3%, from 12 months earlier.
“It will take many months of above growth neutral readings to get back to pre-COVID-19 employment levels for the region,” said Goss.

Confidence: The confidence index, which reflects bank CEO expectations for the economy six months out, rose to a very healthy 64.0, its highest level since March 2011, and up from January’s 60.0. “Federal farm support payments, improving gain prices, and advancing exports have supported confidence offsetting negatives from pandemic ravaged retail and leisure and hospitality companies in rural areas,” said Goss.

Home and retail sales: The home-sales index climbed to 69.2 from 60.0 in January. The retail-sales index for February increased to a frail 46.2 from 42.0 in January. “On-line buying and business closures linked to COVID-19 continue to harm the region’s retailers,” said Goss.

Each month, community bank presidents and CEOs in nonurban agriculturally and energy-dependent portions of a 10-state area are surveyed regarding current economic conditions in their communities, and their projected economic outlooks six months down the road. Bankers from Colorado, Illinois, Iowa, Kansas, Minnesota, Missouri, Nebraska, North Dakota, South Dakota and Wyoming are included.

This survey represents an early snapshot of the economy of rural agriculturally and energy-dependent portions of the nation. The Rural Mainstreet Index (RMI) is a unique index covering 10 regional states, focusing on approximately 200 rural communities with an average population of 1,300. It gives the most current real-time analysis of the rural economy. Goss and Bill McQuillan, former chairman of the Independent Community Banks of America, created the monthly economic survey in 2005.

The Nebraska RMI for February expanded to 58.4 from January’s 55.6. The state’s farmland-price index climbed to 62.3 from last month’s 56.1. Nebraska’s new-hiring advanced to 55.2 from 45.4 in January. Over the past 12 months, Nebraska’s Rural Mainstreet economy has lost 2.4% of its nonfarm employment compared to a 2.2% loss for urban areas of the state.

Tables 1 and 2 summarize the survey findings. Next month’s survey results will be released on the third Thursday of the month, March 18.