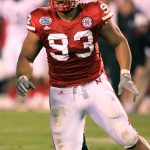 Nebraska football, as much as any other program in the nation, had its hand in the latest NFL championship team.

Tampa Bay defeated Kansas City 31-9 Sunday to win Super Bowl LV. The team was built by Fremont, Nebraska native Jason Licht. He played at Nebraska from 1989-91 before finishing his career at Nebraska Wesleyan.

Before Licht took over as GM in 2014, linebacker Lavonte David had already logged two seasons in Tampa Bay. One of the most undervalued players in the NFL over the past decade, if not ever, David has been named to the Pro Bowl and named first team All-Pro just once each. That didn’t matter Sunday when he accounted for six tackles and deflected two passes.

One of the latest draft picks into the organization was Khalil Davis. The defensive lineman gained something most rookies don’t: experience behind some of the greatest in the game while winning a championship ring. Davis played sparingly on the season, garnering just a pair of tackles, but his name will be listed with all others as Super Bowl Champion.