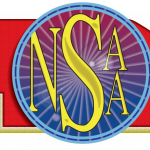 A big change is coming to the NSAA Girls and Boys State Basketball Championships for 2021.

The NSAA Board of Directors voted 8-0 Thursday morning to keep the tournaments in Lincoln. The vote also shifts the events to a 5-day format, meaning both will likely run Tuesday to Saturday. The girls are set to play March 2-6 and the boys March 9-13.

“The pandemic continues to provide our community and others across the country with extremely difficult challenges when it comes to scheduling events,” says Jeff Maul, executive director-vice president of the Lincoln Convention & Visitors Bureau. “In working with our local partners, including the NSAA, City of Lincoln, Lincoln-Lancaster County Health Department, Lincoln Public Schools, Pinnacle Bank Arena and the University of Nebraska, we have always remained committed to the task of putting on the very best event for the players, families and community at-large.”

The extended format means more games will be played at Pinnacle Bank Arena. The Bob Devaney Sports Center, typically used on Thursday and Friday of the tournament, is unavailable this year due to Nebraska volleyball being in season.

The semifinals at PBA will take place Thursday and Friday, with the Saturday finals and third place game schedules remaining the same.

“We are confident the adjustment to a five-day schedule for each tournament is the best course of action and we applaud this decision by the NSAA,” Maul says. “The success in hosting previous state championships shows that Lincoln is a community that places a high priority on producing the best events possible and providing a memorable experience.”

Recent speculation had called for Omaha to be a real option to replace Lincoln for this year’s tournaments, mostly due to the DHMs in Lancaster County.  Early this week, the Lincoln-Lancaster County Health Department rolled back restrictions to indoor gatherings.

A tweet from the official NSAA Twitter profile says to “Stay tuned for more information in the coming weeks.”

Note: A previous version of this story indicated that the Bob Devaney Sports Center would be used and high school gyms would not. Both are incorrect.