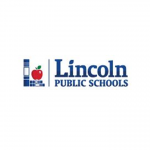 More fans will soon be allowed at most winter activities at Lincoln Public Schools.

The number of fans at each competitions is still limited by venue capacity, but up to four people per participant will be allowed, up from two.  Those allowed in include immediate family and grandparents.

The spectator limits per participant, if venue capacity allows, by sport are shown below.

LPS still has a number of protocols in place. Only home Cheer and Dance teams will perform at home competitions. Spectators must sit in their family groups, maintaining at least six feet of physical distance between other individuals. No student sections or concessions, and no outside food or drink is allowed in LPS buildings.

The district reminds fans that most competitions are also livestreamed.