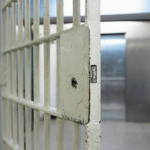 A Lincoln man is sentenced to 10 years and 10 months in federal prison for conspiracy distribute and posses with intent to distribute methamphetamine.  32 year old Travis Ferguson was found guilty of the charge by a Lincoln jury in October of 2020 after a four day trial.  The jury found Ferguson was responsible for less than 50-grams of methamphetamines’ mixture.

Over the course of the trial, a number of Ferguson’s co-conspirators testified about his involvement in the distribution of the drug in the Lincoln area between January of 2015 and April of 2019.  Lincoln Police also found Ferguson to be in possession of a digital scale containing meth residue in January of 2019 after he was identified from store surveillance video as the person who drove one of his co-conspirators to a Lincoln convenience store to sell the drug to an undercover police officer in February of 2019.

Ferguson will also serve a three year term of supervised release.  There is no parole in the federal system.

This case was investigated by the Lincoln/Lancaster County Narcotics Task Force.