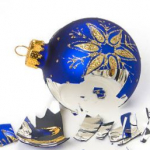 Lincoln Police are searching for 3 or 4 juveniles who went on a vandalism spree around 4:30 Tuesday morning at 3700 S 17th Street.

Police say the juveniles were seen with a baseball bat destroying Christmas decorations in a yard.  The estimated damage to trees, lights and a nativity scene is $1,000.

The juveniles also smashed the back window of a van belonging to another victim. Damage to the vehicle is estimated at $300.

Video shows one of the teens rummaged through a neighbor’s car and took a Nintendo gaming system.   The teens then took off in an SUV.