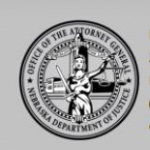 Attorney General Doug Peterson today announced that his office, along with the Attorneys General of 45 other States and the District of Columbia, have obtained a $17.5 million-dollar settlement with The Home Depot, resolving a multistate investigation into a 2014 data breach impacting approximately 40 million Home Depot consumers nationwide.

In order to resolve the states’ investigation, The Home Depot has agreed to implement and maintain a series of data security practices designed to strengthen its information security program and safeguard the personal information of consumers.

The State of Nebraska will collect $119,450 through this settlement.

To obtain information about how to protect yourself as a consumer, file a consumer complaint, or report a scam, please visit the Nebraska Attorney General’s Office, Consumer Protection Division website at www.protectthegoodlife.nebraska.gov or call (800) 727-6432.