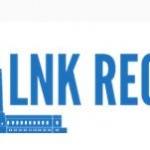 LNK Recall, a grassroots group calling for the recall of Lincoln’s mayor and four city council members, will be holding their first “Signature Event” at the City County Building on Monday night from 5:00-7:00 pm.

It will be the first opportunity to sign the recall petition for the mayor and City Council members.

LNK Recall claims that Mayor Leirion Gaylor Baird and the Lincoln City Council went outside their authority to obtain open-ended control of city government for the mayor by ignoring citizen opposition and comments on multiple issues. The most offensive of these is the continued, now more than 250 days long emergency declaration which has led to numerous and unending Directive Health Measures (DHM). These breaches of authority continue giving the mayor power “to attack our liberty, usurp legislative authority, silence our voices, misuse our police, destroy our small businesses, sow discord in our community and allowed vandalism in our city,” the recall petition states. (https://lnkrecall.com/)

To emphasize the point, the group says it is using the scheduled vote on Monday by the City Council to expand the Citizens Police Advisory Board as a backdrop for their petition initiative.

According to LNK Recall spokesperson Samuel Lyon, “The goal of the recall is to hold our leaders accountable for ethical, transparent, and cooperative leadership that listens to the citizens of Lincoln.”

“Since the City Council is going to vote Monday on packing the Citizens Police Advisory Board with new members in order to give the mayor control, we thought it was an especially great time and place for Lincoln to show we don’t like that,” Lyon said.

LNK Recall welcomes the Lincoln community to attend the first opportunity to sign the Recall Petition for the mayor and City Council members at City Hall on Monday at 5-7 pm.