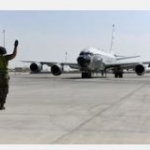 “It is a credit to the hard work and professionalism of the men and women at Offutt Air Force Base that they have been selected as one of the Air Force’s six finalists for SPACECOM’s headquarters. Offutt is a strong candidate, and the support it receives from the surrounding community is unmatched. I look forward to continuing to work with Air Force leadership and advocating on the base’s behalf.”

Earlier today, Senator Fischer spoke via phone to the Air Force’s Assistant Secretary for Installations, Environment and Energy, John Henderson, who confirmed Offutt’s selection as a finalist. A final decision on the location of the headquarters is expected in early 2021.