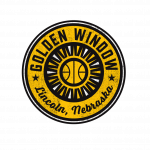 Lincoln is officially set to host a multiple-team event to begin the 2020-21 men’s college basketball season.

Pinnacle Bank Arena (PBA) has announced the 2020 Golden Window Classic will be held at PBA and the Bob Devaney Sports Center November 25-29. Along with Nebraska, seven other teams will compete in the event: LSU, St. Louis, Northern Iowa, Western Kentucky, San Francisco, Nevada, and Illinois State.

Although fans have not been allowed at Big Ten Conference football games, and no protocols have been released for winter sports, the Golden Window Classic is planning to have fans in attendance at PBA. No fans will be allowed at Devaney. The event will follow Nebraska’s Directed Health Measures and the safety plan has been reviewed and approved by the Lincoln Lancaster County Health Department.

Tickets go on sale this week with PBA to be capped at 25-percent capacity.

A bracket for the event has not yet been released.