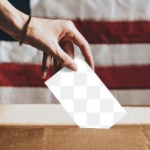 Lancaster County Election Commissioner David Shively is reminding early voters who have not returned their ballots for the November 3rd State General Election that ballots must be received in his office no later than 8:00 p.m. on Election Day, Tuesday, November 3rd.

Voters may also use the ballot drop boxes at any Lincoln City Libraries branch or the City offices in Hickman and Waverly by the close of business on Monday, November 2nd.  Those drop boxes will not be available on Election Day, November 3rd.

Voters may check the status of their early vote ballot on the Nebraska Secretary of State’s Voter View website at:  https://www.votercheck.necvr.ne.gov/voterview/

Shively reminded early voters that Nebraska law does not allow for early vote ballots to be returned to a voter’s polling location on Election Day.

Any voter who has requested an early vote ballot and attempts to vote at their polling place on Election Day will be required to vote a provisional ballot which will require additional time and paperwork.   Provisional ballots will not be counted until the Election Office verifies that the voter did not return their early vote ballot which can take up to ten days following the election.

For questions regarding early/absentee voting, please contact the election office at (402) 441-7311.