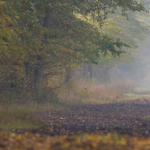 The Lancaster County Sheriff’s office reports a 9 year old boy, Gunnar Holte was hunting with his father when he shot at a pheasant.  The boy was in the process of reloading his shotgun when his father, Matthew Holte heard another shot.  The boy fell to the ground.  Matthew Holte was heard yelling for help and was heard by an off-duty Lincoln Police officer who was also hunting.

The officer and his father performed CPR until medics arrived.  Gunnar was taken to a hospital and later was pronounced deceased.

The Holte’s are from Seward, Nebraska.   The investigation continues.