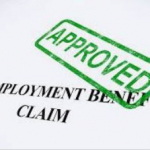 The Nebraska Department of Labor released unemployment numbers for the week of October 4th through the 10th.

Nebraksa paid $8.1 million in total payments for the week including $1.6 million in lost wages assistance payments.