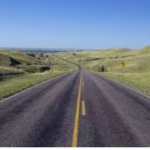 Nebraska Department of Transportation reports there were 25 people killed in traffic accidents on state roadways during the month of September.

Statistics show that the 25 fatalities happened in 23 crashes.  Ten of the 19 vehicle occupants killed were not wearing seatbelts.  Five had seatbelts on and four were marked as unknown.

Nineteen of the accidents happened in rural locations, one on the interstate, 15 on other highways, and 9 on local roads.

One of the deaths was a pedestrian and five fatalities were motorcyclists.

There were 26 deadly crashes on Nebraska roads in September of 2019.  Only 24 of the 137 vehicle occupants killed in 2020 were wearing seatbelts.