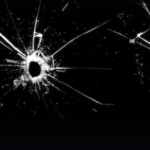 On September 27th just after 11 pm, police were called to the 4500 block of Baldwin Ave on a report of gunshots heard in the area.  When officers arrived they spoke to a neighbor who reported that while walking into his home he heard several gunshots nearby.  The neighbor stated upon hearing them he ran for cover not knowing where they were coming from.

As officers canvassed the area the found that a vehicle had been shot several times.  The victim, a 24 year old male, reported he also heard gun shots from inside the residence and came out to find his vehicle had been shot.  There were no injuries reported, however, there is an estimated $1000 damage to the vehicle.  Officer processed the scene and located bullets and shell casings.  Officers canvassed the area, spoke with witnesses, and area requesting video from neighbors in the area.