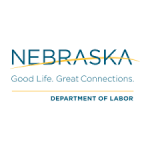 The Nebraska Department of Labor announced today that payments are being issued for the final three weeks of the FEMA Lost Wage Assistance Program (LWA).  LWA payments are $300 per week. The week ending September 5 is the last week covered by the program nationwide due to exhaustion of FEMA funds.

The program applies to workers who were unemployed due to COVID-19 and eligible for a weekly benefit amount of at least $100 before taxes during the covered weeks.

NDOL issued instructions in NEworks.nebraska.gov for eligible individuals who need to answer questions to certify their eligibility.  Others are receiving payments automatically based on previous certification of eligibility. Eligibility is considered on a week-to-week basis, so some individuals will not be eligible for all six weeks.  State and federal tax withholdings apply to these payments.

“Individuals who have not completed their certification should do so as soon as possible to expedite payment,” said Commissioner of Labor John H. Albin.  “Claimants who aren’t sure whether they qualify should check their NEworks account for the LWA Self-Certification option, which is only available to eligible individuals.”