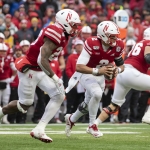 Big Ten football is coming back.

Multiple reports say an announcement from the conference is imminent and expected this morning. Yahoo’s Pete Thamel reports the Big Ten will start its season the weekend of October 24 with a championship game slated for December 19.

This is a developing story. Check back for more updates.