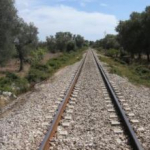 In June, the PSC issued an order releasing its findings from its February hearing and closing the investigation into the blocking of railroad crossings in Hall County and directed the PSC Transportation Department to file a formal complaint against UPRR, NCRC and BNSF. Today’s action by the Commission dismisses the complaint (DC-98) against UPRR & NCRC.

“Our goal through this process was to find a workable solution to the problem of blocked crossings and we intend to keep close watch to assure the solution is long term,” said Commission Chair Mary Ridder. “By working together UPRR & NCRC have found a way to
keep these crossings open. We appreciate their efforts and believe this new process will provide long awaited relief to the citizens who need to safely cross to their places of work, school, and family.”

The two railroads (UPRR & NCRC) have agreed on a plan as to how they will handle their trains, so they are not blocking crossings. The section of track affected is between Saint Paul Road and Sky Park Road, Airport Road east to past 4th Street East.

Commissioner Ridder said, “We hope to be able to come a workable solution with BNSF as well.  With Rail Safety Week coming up we remind everyone that the safety of our citizens is of utmost importance and we encourage anyone who may encounter problems to contact our Transportation Department.”

Citizens wishing to provide information on areas of concern can email the PSC Transportation Department @ psc.motorfilings@nebraska.gov.