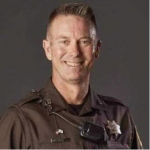 Bailey was a 33 year veteran law enforcement officer having served Lancaster County for 25 years; Lexington Police Department for 4 1/2 years, Buffalo County Sheriff’s Office for a year and Nebraska Department of Correctional Services for 2 years. Troy served in a variety of positions at the Sheriff’s Office, including his latest assignment in our Civil Division; he also served as a Patrol Officer, Court Security, Narcotics Investigator, a Field Training Officer, a Defensive Tactics instructor, as a member of our Honor Guard, the deputy sheriff representative on the Lancaster County Merit Commission, Sergeant At Arms for the Fraternal Order of Police Lodge #29, and a member of the Tactical Response Unit. Troy was a 1985 graduate of Holdrege High School, attended Peru State College and UNL.

Bailey is survived by his fiance Danielle Zabawa, Daughters Rachel and Taylor and son Trevor, grandsons Beau and Brooks, parents Steven and Connie, and sisters Tracie and Tiffanie of Holdrege, along with a host of brothers and sisters in brown and blue.

There will be a family/law enforcement service in Trenton, NE for the internment on Wednesday. 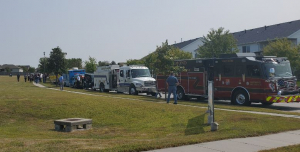