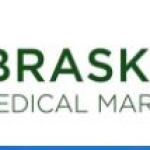 Nebraskans for Medical Marijuana announced today that their signature drive succeeded in collecting enough signatures to put their constitutional amendment to legalize medical marijuana on the 2020 statewide ballot.

The ballot is not yet finalized, and the medical marijuana amendment awaits Secretary of State Bob Evnen’s certification.

Co-chair of the ballot committee, State Senator Anna Wishart, said, “We collected 123,000 signatures in one month — during a pandemic. We couldn’t have done that without the support of tens of thousands of Nebraskans across the state. This is overwhelming evidence that voters want medical marijuana on the ballot and legal for patients with serious and debilitating health conditions.”

More information about the medical marijuana amendment can be found here.