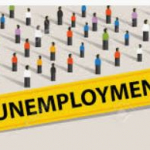 The Nebraska Department of Labor announced today that there were 2,631 new regular unemployment claims filed last week, a decrease of 7.2 percent over the prior week when 2,838 claims were filed. There were 1,070 new Pandemic Unemployment Assistance claims filed last week compared to 1,150 the prior week, a decrease of 6.9 percent. The highest number of new claims filed during the pandemic was 26,539 claims during the week ending April 4.

Of the top 50 occupations with the highest number of continued claims, 31 have declined by 30 percent or more since the week ending May 9, corresponding with the lifting of the direct health measures. Thirty-eight out of the top 50 have declined by 20 percent or more. The top continued claim occupations for the week ending August 1  were cashiers at 1,874,  waiters and waitresses at 1.807 and customer service representatives at 1,436.

NDOL paid a total of $14.5 million in benefits last week, including regular, PUA, $600 CARES Act payments, and Pandemic Emergency Unemployment Compensation (PEUC), which provides an additional 13 week of benefits to individuals who have exhausted their regular benefits.  NDOL has paid 128,093 individuals during the pandemic.