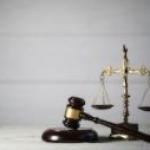 After a three day trial, a federal jury convicted 33 year old Devin Ashford of Lincoln for sex trafficking of a minor, sex trafficking by force, fraud or coercion, production of child pornography and interstate transportation for prostitution.

A number of victims testified that Ashford beat, starved and pushed cocaine on them to get them to provide sexual services. Ashford recruited minors to engage in commercial sex acts so he could get the financial proceeds from those acts. The evidence showed that at least three of the minors were children who had either run away from home or were in the foster care system when Ashford targeted them for his trafficking operation. Ashford was also convicted of producing child pornography when he enticed one of the victims to send sexually explicit photos of herself.

FBI Omaha’s Special Agent in Charge, Kristi Johnson, said, “The victims of these crimes are some of the most vulnerable members of our community. FBI Omaha agents work closely with our local, state and federal partners to identify human traffickers. We will continue to disrupt their activity in the areas we serve.”

Ashford’s sentencing hearing will be November 13th at 10:30 a.m. He faces mandatory minimum sentences of 15 years on three of the counts and a statutory maximum of life on one count.

This jury was the first in federal court in Lincoln since jury trials were suspended due to COVID-19.

This case was investigated by the FBI and the Lincoln Police Department.