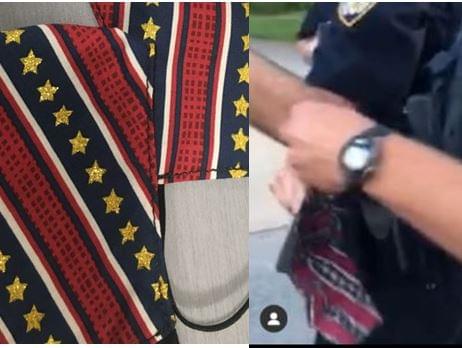 The Lincoln Police Department is looking to clear up any confusion over an officer who appeared to be wearing a mask bearing the confederate flag at Thursday night’s protests against police brutality.

Officer Luke Bonkiewicz said the matter was investigated after pictures of the officer with the mask were circulated on social media.

It was concluded that the pattern wasn’t a confederate flag at all.

“Although there is a faint resemblance to the confederate flag, there’s no stars and bars, the stars are yellow, not white (and) there are additional colors,” said Bonkiewicz.

All the same, Bonkiewicz said the department does realize how, in the right light, the masks do resemble the confederate flag.

“We have told officers to discard those masks and wear another one because we certainly don’t want any confusion out there on the street about what they’re wearing over their faces,” said Bonkiewicz.