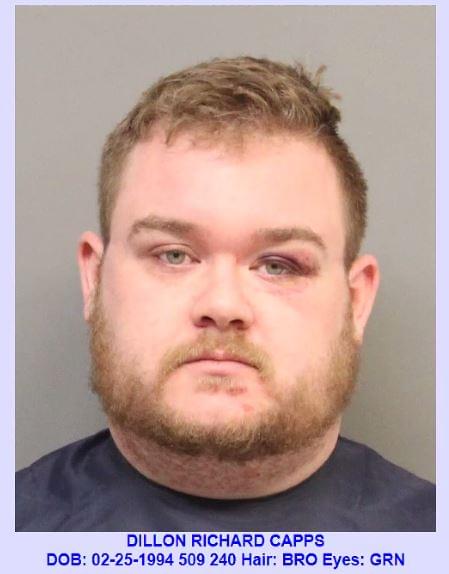 A man is arrested after purposely spilling cocaine during a traffic stop.

Lincoln Police Officer Erin Spilker says an officer made the stop in the area of West O and Sun Valley Blvd just after 3 A.M. Monday on a Chevy Cruze that was observed to be speeding.

When talking with the driver, 26-year-old Dillon Caps, the officer noticed a plastic bag with a white powdery substance inside in clear view.

When the officer questioned Capps about the bag, Capps began to reach for it.

The officer told Capps to stop and exit the vehicle, but he resisted, leading to a struggle as the officer thought Capps might be reaching for a weapon.

Capps was able to grab the bag and rip it open, spilling what was later identified to be cocaine over the inside of the vehicle.

The officer was eventually able to remove Capps from his vehicle and charged with possession of a controlled substance, tampering with physical evidence, obstructing a police officer, resisting arrest and speeding.