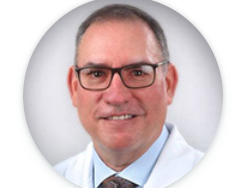 For weeks health officials have told us to social distance in order to ‘flatten the curve.’

But where did this come from?

What we know is St. Louis flattened the curve and that didn’t overwhelm the health care system, but there can be other benefits.

“You might be able to decrease the area under the curve so the number of people that get ill goes down about 10 to 20 percent,” Anthone says.

Philadelphia’s cases spiked and overwhelmed the health care system in a matter of days.

Nebraska Governor Pete Ricketts said earlier this week said the state is ahead of the curve when it comes to social distancing and combating COVID-19. President Donald Trump also commended the state for its work.

Anthone says one reason is because residents continue to be compliant with orders.

“I don’t know maybe we’re just lucky here in Nebraska we have more compliant people and maybe it’s because we don’t have the population density like a New York City, San Franciso or Seattle area would have.”

Social distancing measures in Lincoln are in effect for six weeks.  While some residents may want to violate the order from cabin fever, that could have a negative effect on flattening the curve.

The model that’s being used to implement this strategy is from UNMC.

“We would get people that might have not been as cooperative after the 14-day or six-week period that we would have asked for. Then we would not time it right as to prevent the spread.”

Going forward, Anthone says to listen and heed the warning health officials to give.