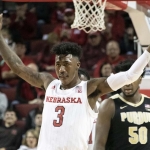 Cam Mack may have played his final game as a Nebraska Cornhusker.

The Big Ten Honorable Mention point guard took to social media to announce he would be declaring for the NBA Draft, saying above a picture in a tweet “I’ll be keeping my eligibility throughout the process !”

Under NCAA rules, underclassmen can test the draft process by attending NBA pre-draft camps and individual team workouts but must withdraw their name from draft consideration before the final declaration date, 10 days before the draft. 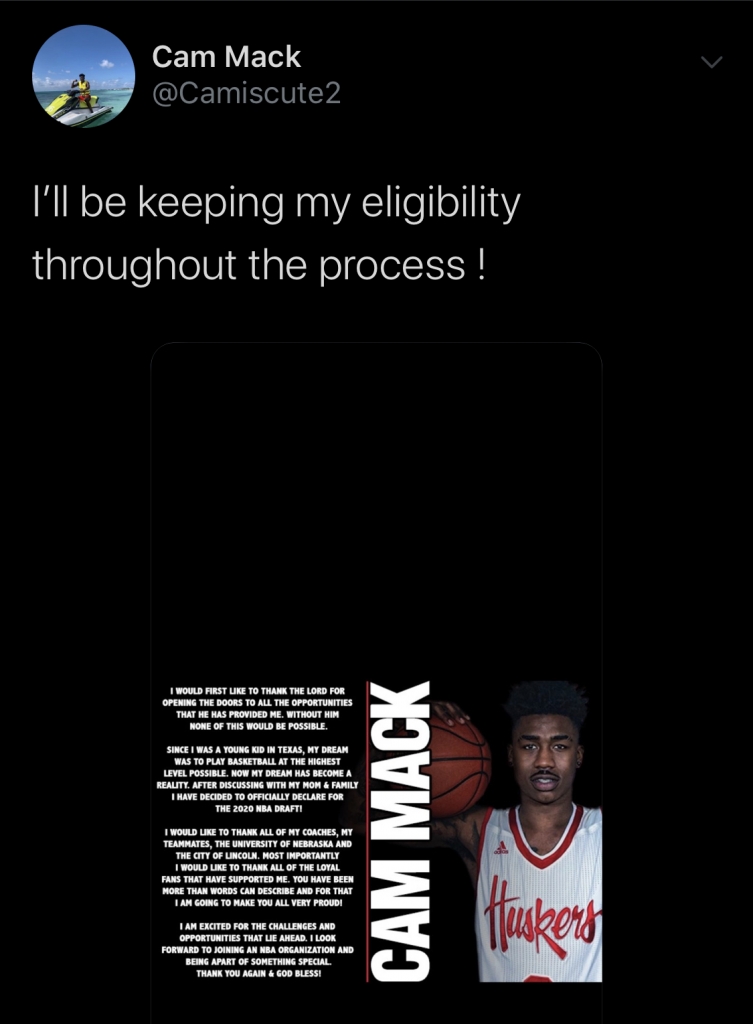 Mack says in the picture statement that his dream has always been “to play basketball at the highest level” and that now that “dream has become a reality.” He thanked his coaches, teammates, the University of Nebraska, and the City of Lincoln.

IVE WORKED MY WHOLE LIFE FOR THIS MOMENT ITS FINALLY HERE I WILL BE DECLARING FOR THE NBA DRAFT AND THROUGHOUT THE PROCESS I WILL BE KEEPING MY ELIGIBILITY.. #3✌🏾 pic.twitter.com/sQDfKZ5OjL

In his lone season at Nebraska, the sophomore averaged 12.0 points and 6.4 assists per game. Mack set the first and only triple-double in Nebraska men’s basketball history with 11 points, 10 rebounds, and 12 assists against Purdue in December. His 179 assists on the season rank fourth all-time for a single-season while the 6.4 per game are the third best for a Husker.