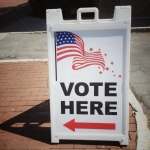 Democratic voters in Iowa are picking the person they want to be the next president of the United States.

UNL Political Science Professor John Hibbing tells KLIN News too much is made out of the caucus.  Hibbing says that Iowa gets the honor of the caucus because it was first in 1972 and the Democratic has rules that states cannot leapfrog.

Hibbing says that Iowa is not representative of the country with a minuscule minority population.

Professor Hibbing says that most candidates who win the Iowa caucus do not go on to be president or even to be the party’s nominee but a few do and it does indicate some early momentum on the part of some candidates…He says it is not trivial but its importance is overstated.