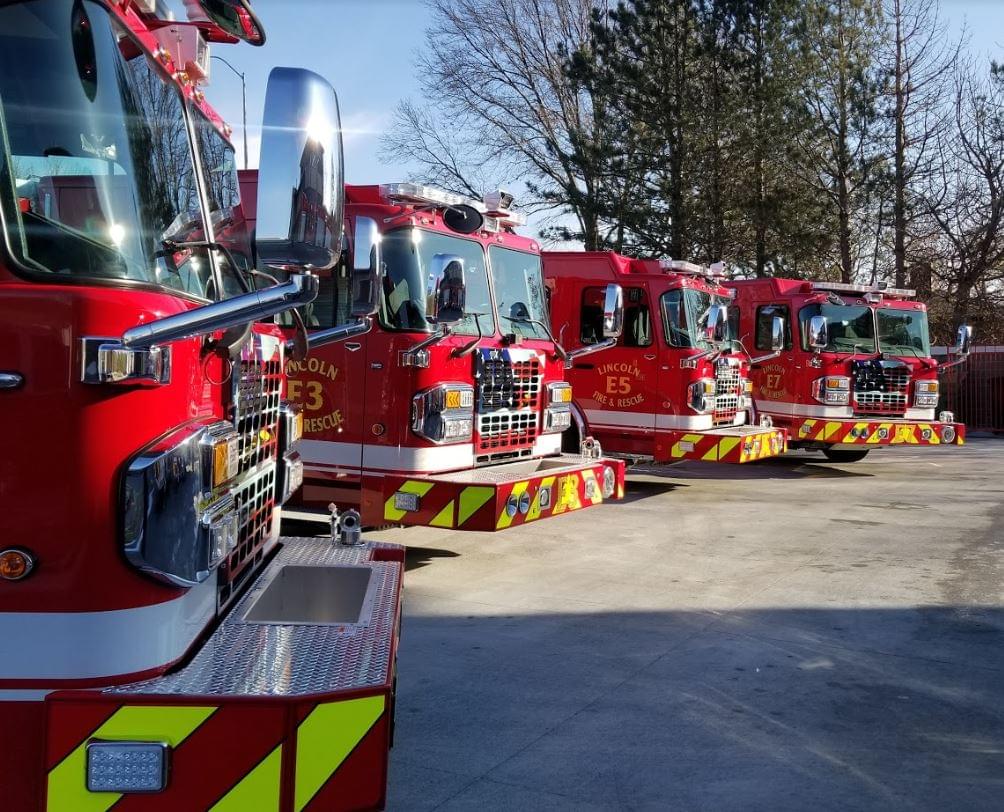 Lincoln Fire Chief Michael Despain told those gathered at the unveiling at Fire Station 15 Thursday morning that when he joined the Department in 2016, only 45% of their vehicles were considered “healthy”.

“The rest of them were not healthy, meaning we couldn’t rely on them every time without a breakdown.”

Now, with the new engines, he says the Department is more near 85%, ending the department’s perceived apparatus “crisis”

“We’re not completely done, but we are so far along I’ll sleep better as the Fire Chief.”

Lincoln Mayor Leiron Gaylor Baird was also on hand at the unveiling and thanked fire officials, councilmembers and administrations, past and present, for their efforts in replenishing LFR’s diminished fleet.

“Getting to this point was a team effort and I’m incredibly grateful to all who played a role.”

$3.5 Million was taken from the city’s cash reserve to afford the new engines, a decision that was approved by the city council last year.

The first two vehicles are expected to be in service by Christmas, with the rest to be deployed in February.