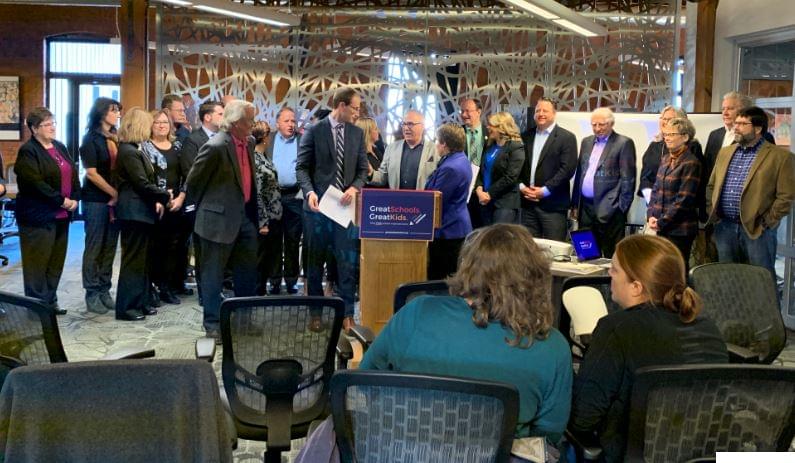 Nearly 78 percent of those polled in Lincoln is for the construction of two new high schools, one elementary school and athletic facilities.

“Voters in Lincoln are smart.  They appreciate the information.” Moore says. “I think it is our job to get information out there about growth and the number of students and the growth the projects respond to.”

Moore says the growth of Lincoln and growth of schools is driving a unique relationship with the district potentially expanding.

Over a five-year span, LPS has added more than 6,000 students in their hallways.

Three major aspects of the bond will be the buildings constructed on the fringes of the city and will have the capacity to expand.

One high school will be near Northwest 48th Street and Holdrege, the other near South 70th and Saltillo.

The Elementary school will be built near 102nd and Holdrege.

Moore says the locations must be strategically placed.

“Farsighted district – a school district taking a long view looks not just where students are today but where is the city growing and where the students will be in the future,” she says.

Voters will be able to decide on February 11 to approve the bond issue.  The Lancaster County Election Commissioner has to decide if it will be mail-in ballot election or traditional ballot.