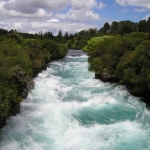 Iowa Transportation Department officials expect to have to close parts of I-29 at some point during this week’s flooding.

The river is expected to crest Saturday near Omaha after overnight rains dropped 1-to-3 inches in the area.

The lower Missouri River is flooding in Nebraska and Iowa this week because exceptionally heavy rains fell last week in Montana, North and South Dakota and Nebraska.

Officials don’t expect the floodwaters to cause significant damage to communities. But many levees remain damaged from severe flooding in the spring.

The floodwaters broke through two levees Wednesday in a rural area northeast of Omaha.