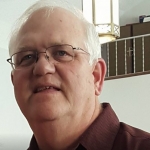 HARTINGTON, Neb. (AP) — A former Nebraska mayor accused of child sexual assault has taken a plea deal and been given a year of probation.

Schutt was arrested in July 2017 during his second four-year term as mayor of Randolph. He lost his bid for re-election in November.