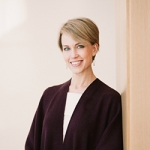 Mayor Leirion Gaylor Baird says in her state of the city address that she will focus on economic and workforce development while expanding Lincoln’s approach to pursuing the well being of all residents.

The Mayor said the following initiatives will guide City staff in partnership with the community over the next four years.

Gaylor Baird told a Leadership Lincoln gathering that these key initiatives reflect the shared priorities of the community —  safety, a strong and resilient foundation for the future, and the desire for “the good life” for all.

Mayor Gaylor Baird described how previous generations had worked together to create a safe city, with solid infrastructure and an amazing quality of life. Because of that work, she said, Lincoln has a 33% lower crime rate than peer communities, is quadrupling the number of residential streets repaired next year, has the sixth fastest Internet speed among U.S cities, and is ranked as the second best city in the nation to raise a family.