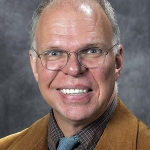 Straub is the only head coach in the history of the Nebraska women’s program since it became a varsity sport in the 1997-98 season. Before that, Straub served as the head coach of Nebraska’s men’s and women’s club programs, a job he took on in 1983.

“Football Hall of Famer Paul Hornung was quoted as saying: ‘I have never had a job. I have been on scholarship my whole life’. It is quite truthful for me to echo Mr. Hornung’s comments,” Straub said in a press release. “I have also been blessed beyond belief to be employed by such a special institution. My heartfelt gratitude goes to all those allowing my long coaching career at Nebraska.”

Straub led NU’s women’s bowling team program to 10 total national titles, seven of which came after bowling was made a varsity sport.

Additionally, Straub’s Nebraska men’s teams won national championships in 1990 and 1996 for a total of 12 national titles over the past 30 years.

“Bill Straub is Nebraska Bowling,” Nebraska Athletic Director Bill Moos said in a release. “He built the program from the ground up before it was a varsity sport, and is the only coach in the history of our program. He truly built a dominant program in the sport, and is widely respected in his profession. Bill is a true Husker and we look forward to seeing him at games and events for years to come.  I want to wish Bill and his family best wishes in his retirement.”

Moos is already undergoing the process to replace Straub.