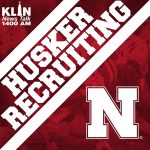 The Nebraska football team picked up a commitment to their 2020 class Wednesday afternoon in running back Sevion Morrison out of Edison Preparatory Middle and High School. The Tulsa, Oklahoma native is rated three stars by 247Sports.

NU now has nine commits in their 2020 class. Morrison is the first player to commit to the Huskers since July 8th.