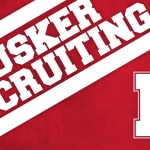 Before he committed, the Garden Grove, California native out of Cypress High School was named one of the top five uncommitted prospects in Southern California by PrepBaseballReport.com.

According to EliteAthletesRecruiting.com, Wozniak posted an ERA of 1.76. Additionally, Wozniak, who also plays first base and in the outfield, hit .328 with a .394 OBP.

With much consideration, I have decided to open my recruitment. I would like to thank @Husker_Baseball for taking a chance on me in January. There is no love lost for the Land of Lincoln, but I have decided to move on and take my talents elsewhere. Appreciate everything @Huskers pic.twitter.com/s37wXHS9Dr

Wozniak’s decision came about three and half weeks after former Nebraska baseball coach Darin Erstad announced he was stepping down. New NU baseball coach Will Bolt said during his introductory press conference that he would focus on recruiting more athletes from Nebraska.

“We’re going to make it a priority. There’s enough good players in this state,” Bolt said. “You go back and look at the rosters of every great team that Nebraska’s ever had. It’s a really good combination of instate players, maybe some junior college hitters mixed in and really, development of pitchers in this state.”