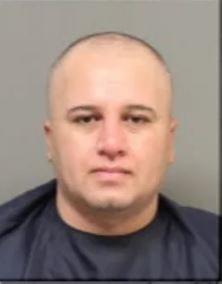 NEBRASKA CITY, Neb. (AP) — A judge has ordered a mental evaluation for an Iowa man charged in the deaths of his former girlfriend’s parents in Nebraska.

Sioux City, Iowa, station KTIV reports that the Nebraska judge on Monday ordered the evaluation for 36-year-old Brindar Jangir to determine whether he is mentally fit enough to stand trial.

Jangir was arrested in March near San Diego as he tried to re-enter the United States from Mexico. Jangir is charged with two counts of first-degree murder in connection with the March 23 shotgun deaths in Douglas, Nebraska, of 56-year-old Randal Grimes and 51-year-old Annette Grimes.

The affidavit says Randal and Annette Grimes were the parents of a woman Jangir was living with in Sioux City, Iowa, until she moved out March 12. The affidavit says she told officers Jangir threatened to kill her and her parents if she ever left him.