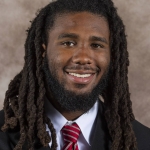 Redshirt freshman safety CJ Smith announced Tuesday night that he has decided to enter the NCAA’s transfer portal. As a true freshman, Smith played in two games during the 2018 season, making his debut on special teams against Purdue and playing on both defense and special teams against Northwestern before suffering a season ending injury.

The West Palm Beach, Florida, native was a four star recruit coming out of high school. As a senior, he helped lead his school, Oxbridge Academy, to a 10-2 record and their first ever state title appearance. On the year, he totaled 16 tackles and caught eight passes for 142 yards and three touchdowns.

He’s the second 2018 defensive back signee to depart the program, following Cam’ron Jones, who left the team last month. Jones is now at SMU.