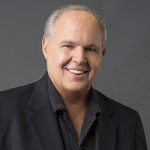 TD Ameritrade was about to erupt. With the bases loaded on two outs and the tying run at the plate, Nebraska closer Colby Gomes gripped the ball in his right hand. He stared down the batter, Michigan’s Jimmy Kerr. Gomes got the signal, nodded his head, rocked back and fired. Kerr popped the pitch up and it landed safely in Angelo Altavilla’s glove at third base. Nebraska’s dugout cleared. Fans leapt out of their seats and for the first time in a long time, it was pure bliss for the Nebraska baseball team.

Last year, Nebraska missed out on the tournament entirely. But Saturday night in Omaha, the Huskers firmly secured a spot in the championship game for the first time in five years with their semifinal win over the Wolverines, 7-3. NU’s demons had been exorcised, after taking an 18-8 beat down to Michigan earlier in the day.

The Huskers were technically the visiting team on the night but there was no mistake which team the crowd was backing at TD Ameritrade Park. “The atmosphere was unbelievable,” freshman infielder Spencer Schwellenbach said. “They bring the energy for us.”

After a scoreless first two innings, Altavilla came up big for Nebraska. He put the ball in play by hitting a grounder to third base with two outs and two men on. Rather than attempt the tough throw to first, Michigan third baseman Blake Nelson fielded the ball and elected to dive at third base for the force out. However, Cam Chick sprinted over from second and beat him to the bag to extend the inning. The next batter, Schwellenbach, drove in two runs on a base hit to take an early 2-0 lead.

But in the bottom of the frame, the Wolverines halved the Husker’s lead on a rope single into right field.

Relief pitcher Robbie Palkert took over for Perry in the top of the fourth with two men on and one out. He got NU out of the inning unscathed, retiring the next two batters on a strikeout and a groundout, respectively.

Then in the top of the fifth, Altavilla took second base on a wild pitch and advanced to third on a throwing error from the catcher. Schwellenbach was up next, who slapped a single into left field to bring in Altavilla and make it 3-1 Nebraska.

In the bottom half of the inning, Palkert plunked a batter to bring in a run and Kerr crushed a ball to deep center field on a sacrifice fly to tie the game at 3.

Jaxon Hallmark soon retook the lead though for NU in the top of the sixth after he ripped a one out, RBI double into left center field to make it 4-3 Huskers. Aaron Palensky was then able to work a bases loaded walk to widen their advantage, 5-3 in the inning.

A throwing error from Michigan in the top of the eighth spotted the Huskers another run, as Cam Chick was able to go from second to third on the errant throw from second to first. The Wolverines also gifted NU another run after Alex Henwood worked the count with the bases loaded to draw a walk and earn himself an RBI to make it 7-3 Nebraska.

On the mound for NU, Palkert held Michigan’s bats at bay with his excellent relief outing. The junior righty guided Nebraska through 5.1 innings, allowing just two runs on four hits, recording five strikeouts in the process on 95 total pitches. He didn’t quite make it the distance, getting yanked in favor of Gomes before he could record the final two outs of the game, but Palkert’s contributions didn’t go unnoticed.

“It starts on the mound. Kyle Perry, Robbie (and) Colby (all) did a great job,” NU head coach Darin Erstad said. “Just a typical Husker baseball 2019 version… scratch and claw, bunch of walks, bunch of strikeouts and just find a way to win.”

Although Erstad looked visibly relieved his team was able to preserve the victory, the former Husker and Major Leaguer demurred when asked about how important a Big 10 Title Championship would be for him personally. “Is it an end all be all for me? No. But I’m all about those experiences for those teams,” Erstad said. “I want things that they’re going to talk about 5, 10, 20 years from now… I would love them to have that opportunity. I don’t know what’s going to happen but I know those boys are going to fight to the end.”

Nebraska will play the winner of the Ohio State-Minnesota semifinal one hour after the conclusion of that game, which will start at 11 a.m. on Sunday.