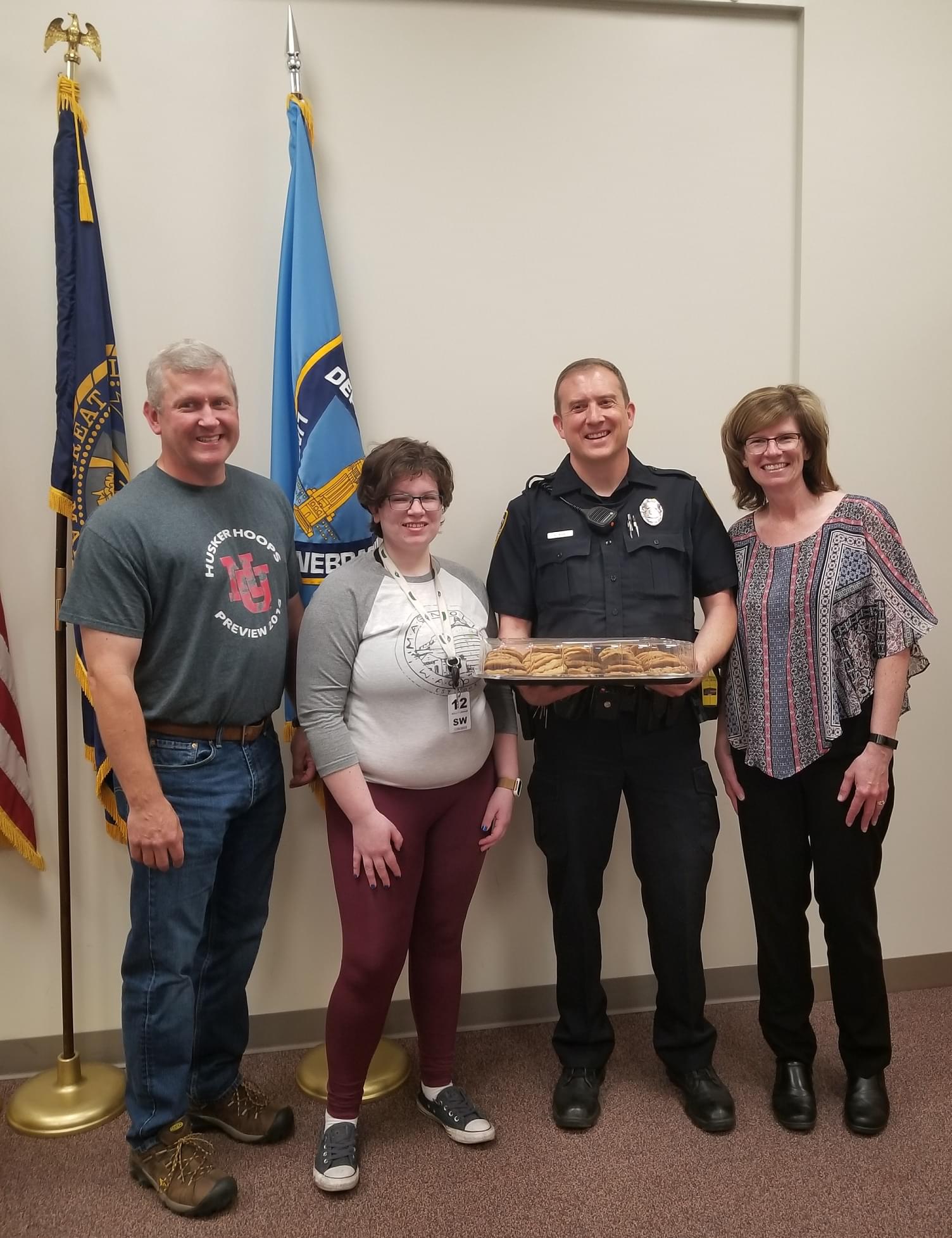 A heartfelt reunion between a girl mangled in a hit and run accident twelve years ago and the first officer who responded to the call.

“I remember recovering, and many trips I had to take to Madonna, but besides Madonna, I barely remember most of it without people telling me what happened,” says Molly Lanham, who was five when she was hit by a car while her mother was taking her to a bus-stop in May of 2007.

As a result of the hit and run, Lanham suffered a traumatic brain injury, a collapsed lung and other injuries.

But now, molly is graduating from Lincoln Southwest high school and she thanks Lincoln Officer Brian Ward, the first to respond to the scene, for helping save her life.

“To actually finally meet you guys and get a little closure on our end,” says Ward, a 23 year-veteran of the department.

At their reunion yesterday, in addition to thanks, Lanham’s family also gave Officer Ward and the Lincoln Police Department A LOT of cookies.